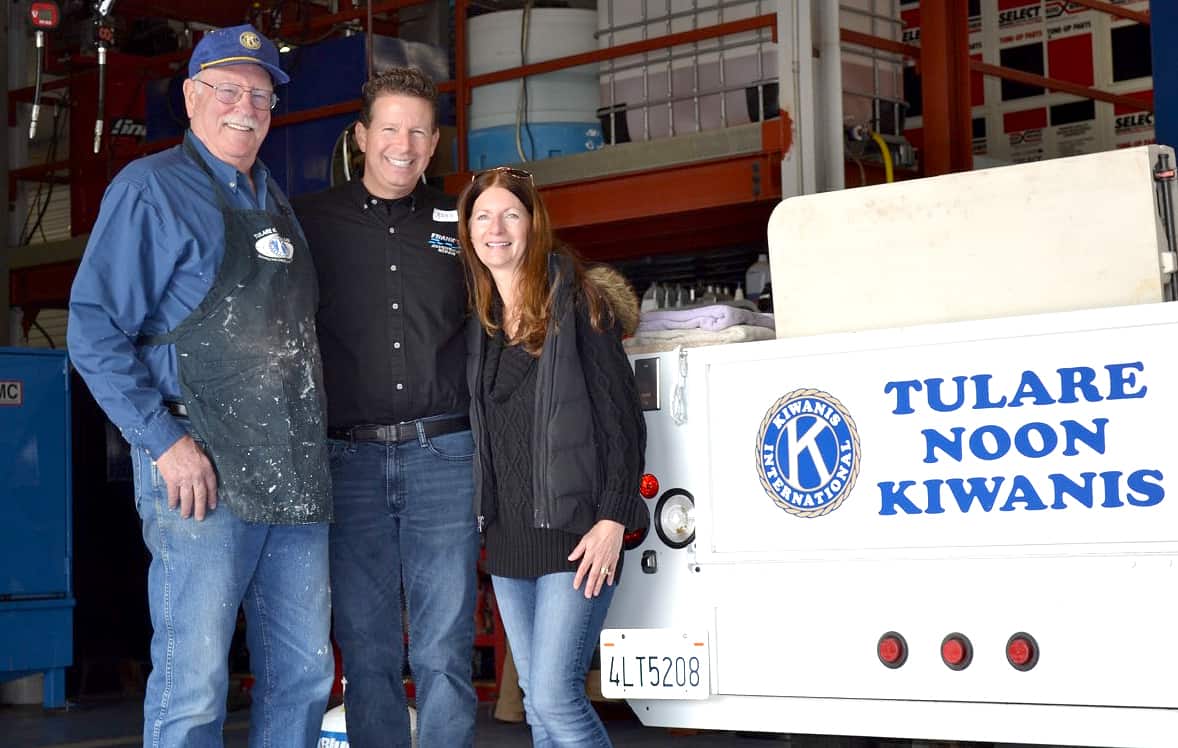 From left: Ty Holscher, of Ty's Electric, and Andy and Jennie Daniels, of Frank's Automotive, spearhead the Christmas morning breakfast at the Daniels' shop for the needy.

Tulare, Calif.—The city of Tulare, Calif., sits in the heart of the San Joaquin Valley and diary and farming country with a population of 62,000, some of whom have fallen on hard times. Within a mile of Andy Daniels’ shop, Frank’s Automotive, there are five motels and two trailer parks where many of the community’s families in need reside.

“They aren’t homeless, but they’re nearly one step away and down-and-out, renting rooms a week at a time. Every morning there are children out there waiting for the school bus,” he said.

Daniels and his community are helping them out.

It’s the shop’s seventh year providing Christmas breakfast for the families, sparked by a new group at Daniels’ church. “One of our members had come through those motels and battled addiction, but he worked his way out and got clean. He proposed helping the community through free meals, which we initially began by offering hot dog dinners.”

Ty Holscher, who owns a repair shop, Ty’s Electric, next to Frank’s Automotive and is a member of the local Kiwanis club, offered use of the club’s high-volume pancake breakfast cooking setups. Christmas morning breakfast for 500 needy was born with pancakes, sausage and more at Frank’s Automotive.

Today, meals are also delivered door to door with volunteers for those who couldn’t make it to the shop.

“We close the shop Christmas Eve and turn it into a kitchen,” said Daniels, adding that additional seating is situated outside with patio heaters, so that 170 were served last year and the rest delivered.

Food is donated by Frank’s, Kiwanis and a local dairy, Rosa Brothers Milk, and donations grow each year that now include toys, which are given out by Daniels’ service advisor, Alex Ruiz, who dresses as Santa Claus. Clothing donations are also now collected.

“A four-year-old girl showed up in sandals, sat on Santa’s lap and he asked her what she wanted for Christmas,” Daniels said. “She asked for shoes.”

She got them. With socks.

There are 150 volunteers from the community and Tulare First Baptist Church who help cook, deliver meals, collect donations and visit with people.

“There are trailers with windows missing and children inside who are cold,” he said. “We give them what they need to help them. We were told by a school counselor that a student said the Christmas breakfast was the only meal they had the entire day.”

The event grows each year, though Daniels said it’s controlled growth so that they can serve and assist everyone effectively. This year, they sent flyers to a lower-income school, which will add to its numbers.

“We branch out a little bit each year. If we can inspire someone else in another community to do the same thing than we are all helping people.”