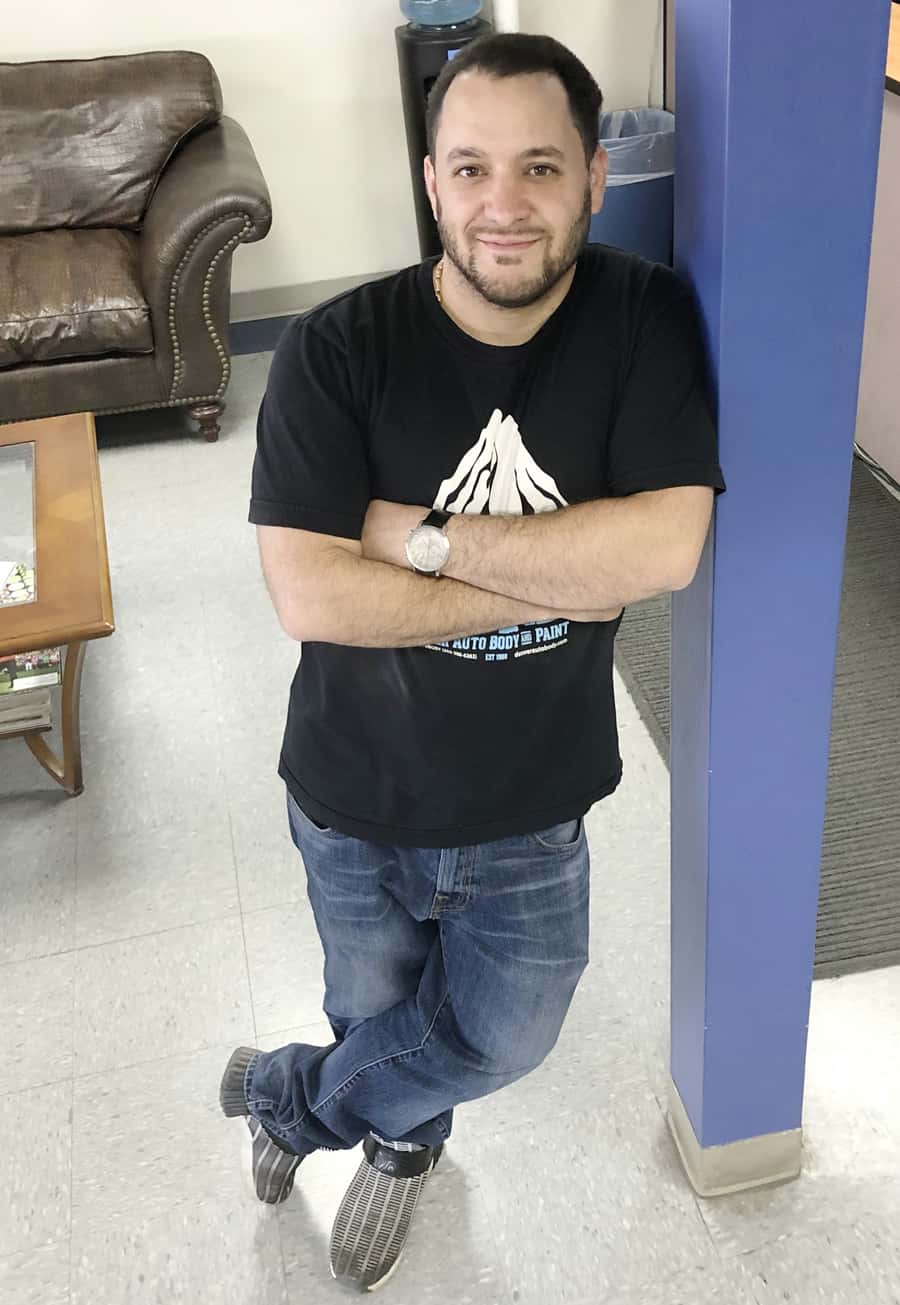 Dancing with DRPs and price-matching parts for proper repairs

Denver Auto Body and Paint dials into CollisionLink and OPS Trax for fit, function and safety

Denver—Family-owned and operated Denver Auto Body and Paint has grown since it began in 1988 with Fred Zardoshtian from its original smaller location down the road on Colfax Avenue, Denver. It’s now housed in a 63,000-square-foot facility on two floors, formerly a dealership service department, which, aside from having to install paint booths, provided a plug-and-play relocation.

Zardoshtian’s son, Ramin, who is the general manager, has also grown in his 11 years at the shop.

“There’s not a day I don’t learn something new,” he said. “It’s always a growing industry with new technology and OE guidelines and requirements. Eventually, all vehicles will have to be repaired specific to a manufacturer. OE certification is the future.”

The shop, which is certified for Tesla non-structural repair and Honda, is presently in process for BMW certification and, unsurprisingly, prefers OE parts over aftermarket. OEM price-matching is helping.

“It’s amazing and we’ve been doing it for about three years. It’s becoming huge in our industry and yet some shops still aren’t aware of price-matching through programs such as CollisionLink and OPS Trax. It allows us to use OE parts for 95 percent of our repairs, which is so important in today’s vehicles with advanced safety systems.”

The population explosion in the Denver-metro area over the last few years has been a boon to business, but also so has the reasons accidents occur, for better or worse, he said. “People on their phones and texting — distracted driving — has led to a large increase in rear-ending, which is so common now compared to 10 years ago.”

Something as simple as paint mil thickness on a bumper can affect a blind-spot sensor, Zardoshtian said, so there’s more replacement than repair today for many of those safety-related systems.

“A repair will give a tech more hours, which initially appears to be a better option for profitability, but replacing a bumper is so much faster and improves cycle time. It’s more profitable — and safer repair — in the long run.”

When an insurer pushes back against using an OE part for cost concerns in the event price-matching isn’t viable, the shop will order and install what the insurance company is asking.

“Many aftermarket or recon bumpers either don’t fit or arrive damaged, so we’ll send them an invoice along with photos and a supplement for OE. It’s a time-consuming process and it doesn’t help cycle time, but in the end we’re getting the right OE part installed. Unfortunately, the process ends up costing everybody involved money and time.”

Price-matching requires building an estimate for only parts through the shop’s Audatex software, which is exported to the CollisionLink app — along with the PO and dealership of choice —noting an insurer’s parts stated pricing.

“The dealership will call us and let us know how much of a discount they can give us so that we can still be profitable, then send the parts,” Zardoshtian said, adding, “The dealerships aren’t making nearly as much profit as if they weren’t price-matching, but they’re still selling the part instead of an aftermarket company. And many get reimbursements from their manufacturer so they can turn a profit.

“It’s one of the best things in the industry that’s happened for us. I love price-matching because it’s made my life and job so much easier. It’s a win-win for everyone.”

The shop’s primary DRP, State Farm, constitutes 25-30 percent of its repairs. “We don’t have DRPs with anyone else mostly because we don’t want to, but some of the smaller ones we’re interested in because they understand our process, our industry, and what we’re asking for in estimates and supplements. They’re easier to work with.”

Quality control set at a premium

An estimator assigned to a job will check each vehicle throughout the repair process. Quality Control Specialist Mario Acevedo will then inspect the job after paint and assembly to ensure panels are painted properly or if they have to be denibbed or polished, check for orange peel, and test drive the vehicle, particularly for heavy hits that might have affected suspension. He also conducts pre-scans, pre-washes and post-scans, fitment checks and makes sure all electronics are functioning, all of which are noted on a checklist form.

The result, Zardoshtian says, is a low comeback rate of perhaps one car a month out of 110.

When it comes to big insurers outside of State Farm — Geico, Allstate, Progressive — Zardoshtian said he tries to avoid working with them on the DRP level because they don’t always dictate a proper, safe repair that’s to the shop’s high standards.