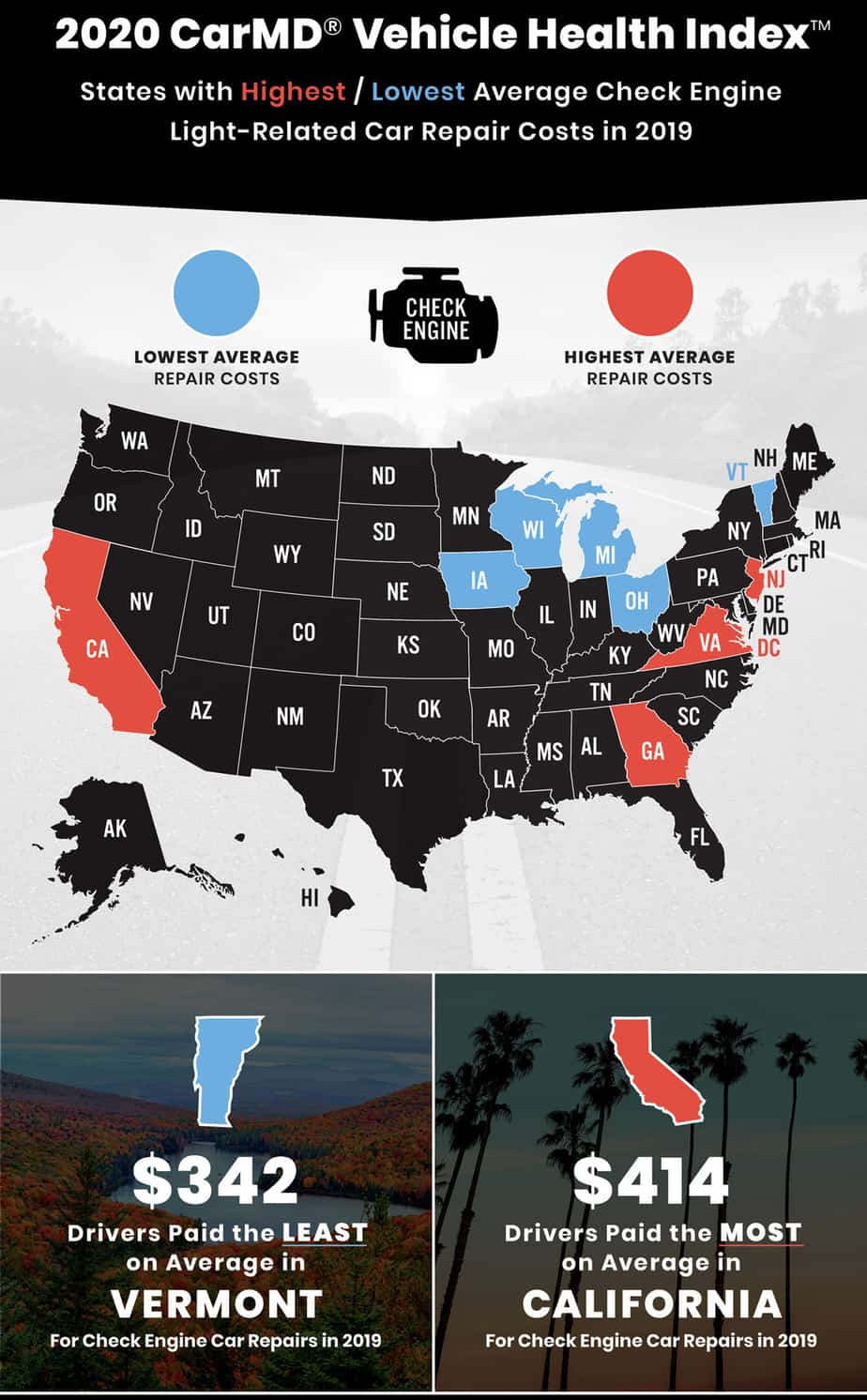 Rounding out the five most affordable states for car repair over the past year were Ohio, Wisconsin, Michigan and Iowa. After California, District of Columbia, Georgia, New Jersey and Virginia were the states/districts with the highest repair costs.

“Several factors contribute to a state’s average repair costs, including vehicle age and type, how difficult the repair is, required parts, how much time is needed to make the repair and what the repair shop charges per hour,” said David Rich, technical director, CarMD.

CarMD’s ranking of the five states/districts with the highest car repair costs in 2019:

CarMD’s ranking of the five states/districts with the lowest car repair costs in 2019:

Labor Costs: For the fourth consecutive year, Vermont had the lowest average labor cost ($123.68). This is not surprising, reported CarMD, since the most common cause of a check engine light on Vermont cars and trucks remains a loose or missing gas cap, accounting for 8 percent of repairs.

For the second year in a row, drivers in Mississippi paid the most on average for labor ($160.45), where the most common repair was to replace ignition coils and spark plugs. The type of repair, how long the repair will take and the shop’s hourly rate can all factor into the average labor cost. In Vermont, the most commonly repaired vehicle was a 2004 Honda Civic. In Mississippi it was a 2004 F150.

Parts Costs: In 2019, drivers in California paid the most on average for parts ($266.86), while drivers in Michigan paid the least for parts ($202.30). The most frequently recommended repair in California was to replace the catalytic converter. The most common repair in Michigan last year was to replace an oxygen sensor. The type of vehicle, type of repair and whether original equipment (OE) parts are used factor into average parts cost. In California the vehicle most frequently needing check engine-related repairs in 2019 was a 2005 Nissan Altima. In Michigan, it was a 2008 Chevrolet Impala.