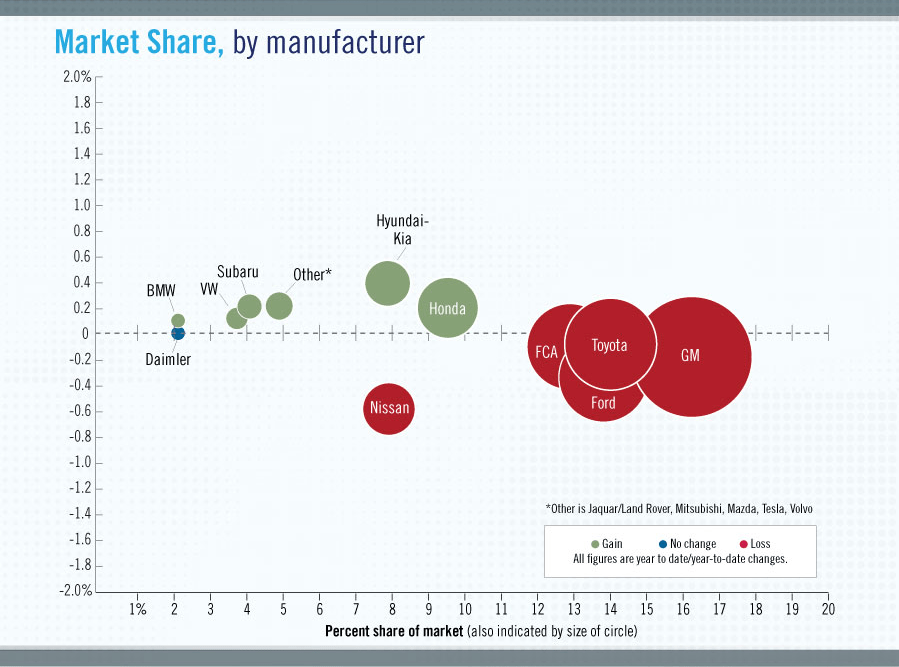 NADA expects new-vehicle sales will decline slightly in 2020, closing out the year with sales of 16.8 million units

Tysons, Va.—New light-vehicle sales in January were close to flat compared to this time last year, according to a report by the National Automobile Dealers Association (NADA).

NADA representatives said they expect to see light-truck sales continue to account for three-quarters of the market for the rest of the year. After an all-time record-breaking month of average incentive spending per unit in December 2019, incentive spending decreased this January—though it may still set a new record for the month of January overall.

A forecast from J.D. Power and LMC Automotive states that incentives in January topped $4,000 per unit, a first for the month of January. Incentives will likely remain elevated in February, as automakers continue to offer large discounts to help clear out dealer lots of 2019 model year inventory. NADA expects new-vehicle sales will decline slightly in 2020, closing out the year with sales of 16.8 million units.