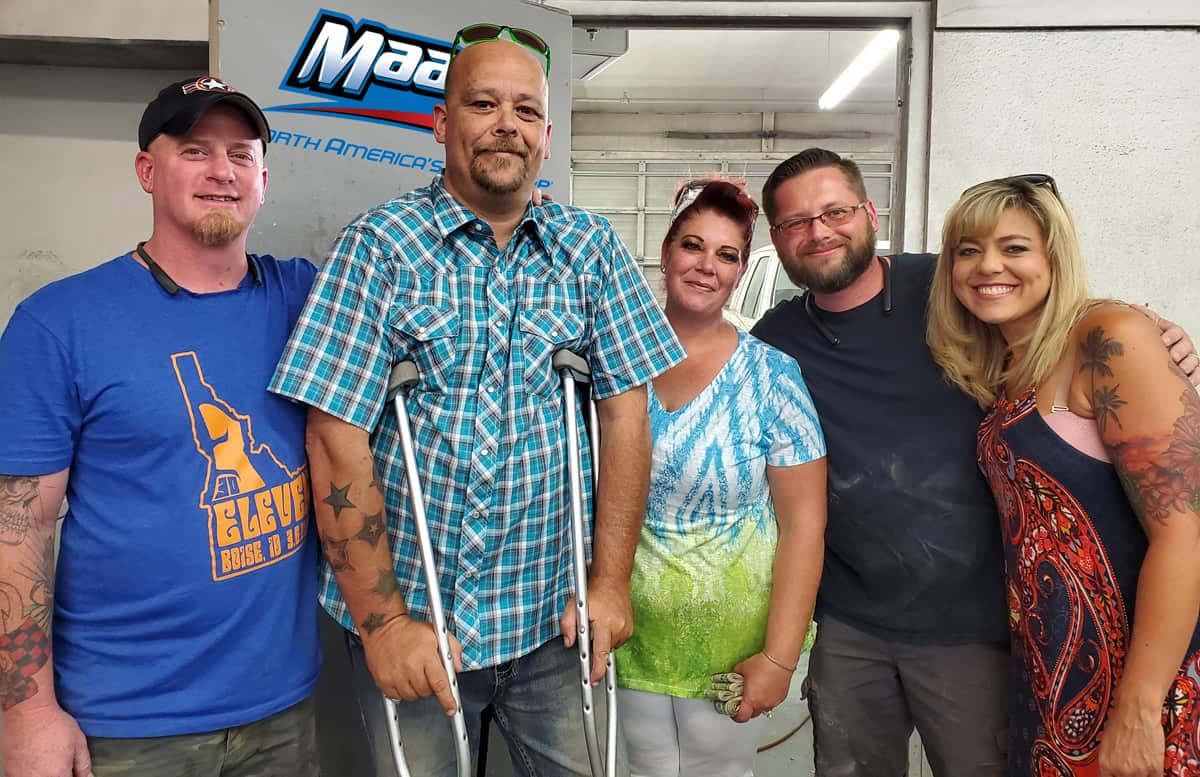 Teenagers broke into a house and shot the homeowner Jason Mullins and his son; funds generated help financial burden from being unable to work

Boise, Idaho—Maaco Collision Repair and Auto Painting franchisee Matt Davlin said it is part of his responsibility as a business owner to give back to his community.

Two months ago, two teenagers broke into a house in the outskirts of Boise, Idaho, and in the process, shot the homeowner Jason Mullins and his son. Mullins was shot three times, resulting in the replacement of his upper femur, and his son was shot in the foot. Since then, it has Davlin said it has been a struggle for Mullins, with the combination of recovery, medical bills, and not being able to work. Mullin is self-employed as a house painter.

Davlin and his partners, along with the Nelson Farmers Insurance Agency, stepped in to help Mullins with some of the financial burden from being unable to work.

“Like many people who own their own businesses, if you can’t work, you can’t support your family,” he said.

An initial car wash fundraiser generated $2,500. Since then, Davlin has continued to solicit an additional $2,000 in pledges and donations from other Boise businesses.

Although Davlin has been a Maaco franchisee for just a little more than two years, this is his second major fundraiser for a member of the local community, he said. He and his team also helped to raise money for a family with a child who has severe disabilities. The money raised allowed them to buy equipment that enabled them to care for their child at home.

“There is a saying that I always thought was a good motto to live by—’With great power, comes great responsibility,’ Davlin said. “It’s a motto that I believe in and have always tried to live by.”

Anyone wishing to help the Mullins family can do follow this link.