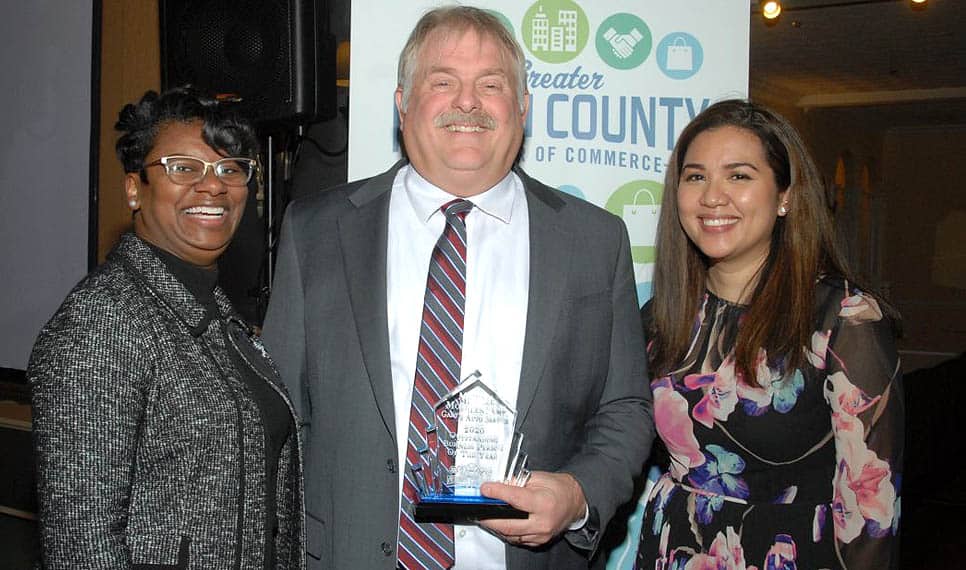 Mike Moehlenkamp, of Gary’s Auto Service in Florissant, Mo., says many state legislators are uninformed regarding the auto industry — and that needs to change

Florissant, Mo.—AASP-Missouri State President Mike Moehlenkamp has thrown his hat into the ring and will be running for state representative, after having visited the state capitol of Jefferson City numerous times to testify on vehicle safety inspection bills on behalf of the association.

“It’s what piqued my interest in the whole process and how the government worked,” Moehlenkamp told Aftermarket Matters Weekly. “The one thing that stood out to me is there’s a real lack of knowledge among legislators as far as the automotive industry is concerned — both in mechanical and collision.”

Elections for the office of Missouri House of Representatives will take place this year. The general election will be held on Nov. 3, and a primary is scheduled for Aug. 4.

“It was just amazing to me to hear legislatures talking about vehicle repair and what they think these new technologically advanced cars can do. You would have thought we were in the age of the Jetsons.”

Moehlenkamp, a democrat and owner of Gary’s Auto Service in Florissant, said they were under the impression that vehicles would inform drivers when they were going to need repairs, “which, of course, isn’t the case.”

In addition to educating the legislature, he said he wants to represent his community better than the present state representative for his District 68. “The current rep is virtually non-existent in the community.”

Moehlenkamp had expressed interest in a potential campaign run to other local officials at the state capital, including Rep. Gretchen Bangert of District 69.

“I told Gretchen it would be an interesting job to have. I was then approached at the beginning of the year and asked if I was serious. Well, I wanted to do it, even though I didn’t know the first thing about it — so they asked if I would run, which is how I got to where we’re at today.”

He said he’s always been involved in the community: recently selected in February as the Greater North County Chamber of Commerce 2020 Business Owner of the Year and was formally congratulated by the mayor of Ferguson; serves on the Ranken Technical Institute Advisory Board as well as other vocational programs; past-chair of the North County Chamber of Commerce and a current board member; board member of North County Incorporated and president of his neighborhood association.

“As far as the automotive world goes, it would be helpful to have someone there who has a background in the industry. It was just amazing to hear legislatures proclaim that they think shops are equipped with a magic black box that instantly fixes cars. It was dumbfounding to me.”

Missouri’s state inspection program has become “watered down,” Moehlenkamp said. “Last year, the legislature passed a 10-year/150,000-mile threshold, so if your vehicle falls below either one of those marks, then it’s not required to have a state inspection, which sounds crazy.”

He will advocate for bringing the state inspection program back to where it was, and guidelines must be updated for current vehicles with ABS, TPMS, ADAS and other new systems. “Presently, any dashlights that are on for those systems would still pass safety inspection.”

Moehlenkamp added that some state legislators are trying to dismantle the program. “They peck away at it. It used to be an annual inspection before they moved it to two years. They had also stated it wasn’t required for vehicles five years old and younger. Their most consistent reasoning was that inspections were an inconvenience to motorists and the state, which only takes no more than an hour at most to perform.”

He said much of the opposition appears to come from legislators who represent more rural areas of the state. “I think farmers don’t want to have to take their grain truck, for example, that they might use only a few months out of the year, to get inspected — it becomes an inconvenience to ensure a vehicle is safe.”

Opposing arguments maintain that vehicles are “inspected” already when they enter a shop for routine service, such as an oil change. “While that might be true for some shops, such as mine, not every shop is performing courtesy inspections. As the program gets watered down and vehicles become less safe, I’ll never be convinced that car insurance rates won’t increase with more accidents, too.

“I don’t want to be disparaging toward those legislators, I just don’t think they’re in-tune with what’s going on.”

In addition to those issues, Moehlenkamp will also build awareness for Right to Repair concerns and bringing automotive technology programs back into high schools.

“The public needs to understand automotive repair will become ridiculously expensive if we don’t have new techs entering the industry. Tech wages will become astronomical and those costs will be passed on to consumers.”