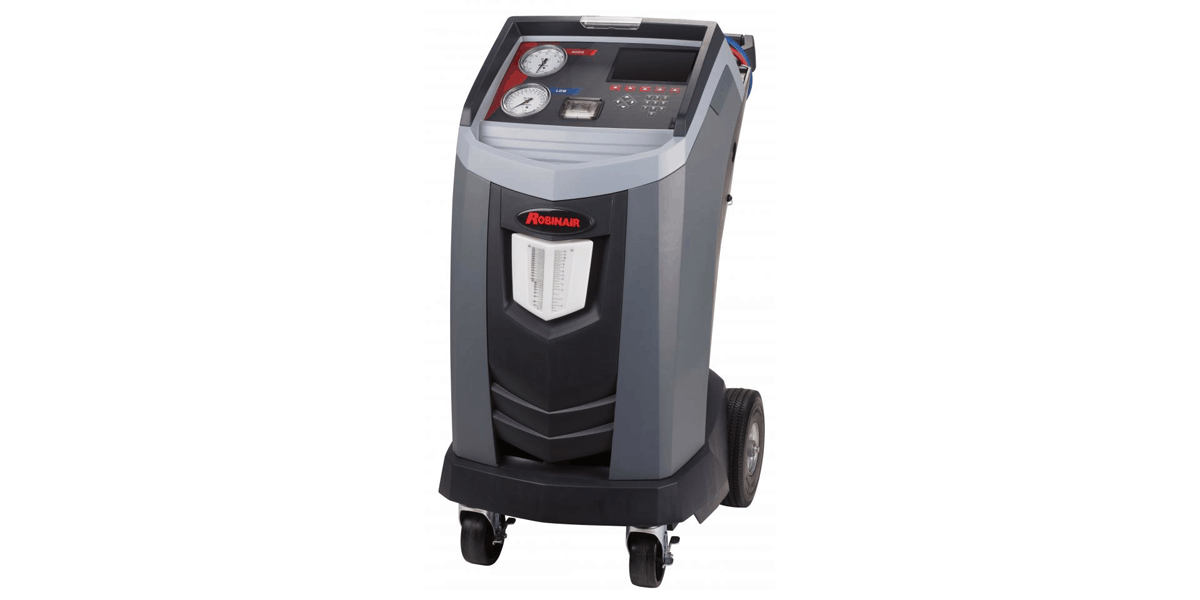  Both machines include a safe start-up feature that prevents the machine from powering on if the lock is engaged.

Warren, Mich.—Robinair has announced two new A/C recovery machines with scale locks designed for mobile service, the AC1234-4SL and the 34988NI-SL. The integrated mechanical scale lock eliminates the need to recalibrate the refrigerant scale after transporting the machine long distances.

Both machines also include a safe start-up feature that prevents the machine from suddenly powering on. The new machines also feature 12’ hoses, a reminder light to set the lock before transporting, and special tie-down points to secure the machines during transport.

The 34988NI-SL is fully SAE J2788 compliant, exceeding the requirements for charge accuracy and recovery efficiency. Robinair’s patented automatic refrigerant refill feature maintains a user-selectable amount of refrigerant in the internal vessel and signals when it’s time to change supply tank. The 34988NI-SL will automatically add oil using load cells that measure the amount of oil removed from the system, and add the right amount of A/C lubricant.

The AC1234-4SL includes an integrated refrigerant identifier that samples the refrigerant in the vehicle’s A/C system prior to recovery. The machine is capable of servicing both standard and high-voltage vehicle A/C systems and is fully SAE J2843 compliant for R-1234yf refrigerant service.