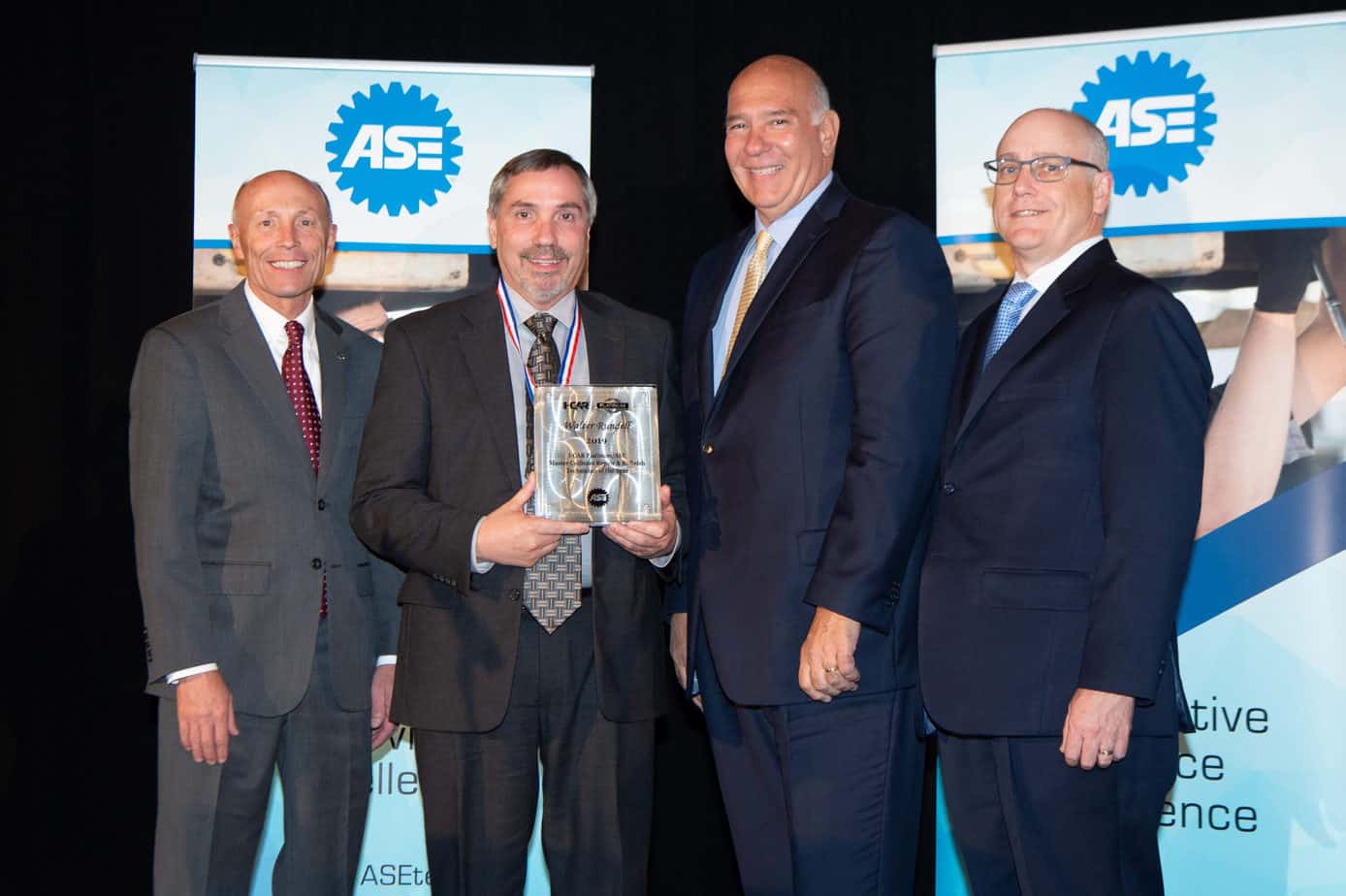 Half of Rundell’s diverse experience, spanning nearly 40 years, has been in training and education. Rundell was selected from hundreds of individuals who hold both I-CAR Platinum recognition and ASE Master Collision Repair & Refinish certification. In this group, he distinguished himself by demonstrating a superior commitment to the industry and the importance of training.

Rundell received the award on Nov. 13, at the annual ASE Technician Awards banquet, held in conjunction with the fall ASE Board of Governors meeting in Phoenix, Ariz. It was the fourth year that the joint I-CAR and ASE award has been presented.

Rundell’s history with Ranken dates back to the early 1980s when he was a student there. He earned an A.T. degree in Automotive Collision Repair and a B.S. degree in Applied Management from Ranken. He would eventually return to Ranken in 2006 as an instructor, after gaining industry experience, working first as a technician and then as an insurance estimator and trainer. For the past 20 years, Rundell also has been an I-CAR volunteer and part-time instructor. He explained his decision to join Ranken’s faculty and make teaching a full-time pursuit: “I enjoy helping others to realize their dreams and goals.”

Rundell’s peers look up to him as a mentor, according to Nick Notte, I-CAR senior vice president, sales. “Walt is known for his broad, in-depth knowledge and a hands-on approach that benefits the next generation of collision repairers he is educating, as well as the industry collision repairers he teaches as an I-CAR instructor. He sets an excellent example for his students with his own ongoing commitment to training and keeping his skills current.”

Published in Collision Repair, Education & Training, Midwest, On the Move and Regions