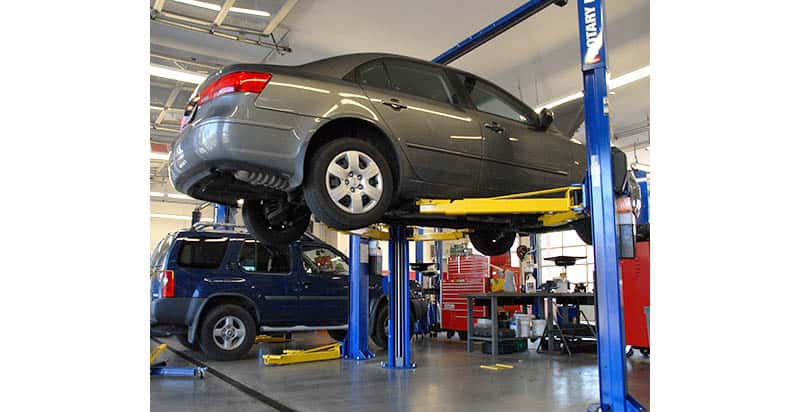 The growing vehicle population and expanding DIFM sales should have triggered a surge in the nation’s bay population. However, the opposite has occurred.

Fort Wayne, Ind.—Service bay average repair volume has climbed faster than total DIFM product and service volume, with annual repair sales (products and labor) per bay surging by more than $20,000 between 2016 and 2021, at user-price, according to the latest Lang Aftermarket iReport.

“Car and light truck Do-It-For-Me product and labor (purchased service) volume has grown significantly over the past five years, despite the onslaught of COVID-19, which cut deeply into 2020 DIFM volume and slashed the number of repair outlets,” Lang stated. “Nevertheless, the reduced population of light vehicle repair outlets has been able to keep pace with the rising DIFM repair volume.”

Here’s a closer look at the report’s highlights.

Growing DIFM Product Sales
• Recovering from the impact of COVID-19, car and light truck 2021 DIFM product and labor volume topped $173 billion at user-price, up more than $16 billion from 2016.

• As DIFM product and labor sales rose at a 2.0% average annual pace over these five years, the population of car and light truck service bays in the U.S. fell sharply.

• As the number of light vehicle service bays in the U.S. fell between 2016 and 2021, the VIO increased by nearly 7%, and DIFM product and labor sales climbed by more than 10%, at user-price.

The growing vehicle population and expanding DIFM sales should have triggered a surge in the nation’s bay population. However, the opposite has occurred. As the car and light truck population increased and DIFM sales climbed between 2016 and 2021, the light vehicle service bay population fell, hit hard by the pandemic.

DIFM Market Solution
The solution to this DIFM market challenge (fewer service bays to handle greater repair volume) has been to increase product and service sales per bay.

• Despite the shrinking number of service bays across the U.S., the annual product and labor sales of the average car and light truck bay rose by 15% between 2016 and 2021, half again more than the total DIFM market.

Different Bay Performance by Type of Outlet
While the average service bay increased its product and service volume by 15% between 2016 and 2021, there were significant differences in the performance of bays by type of outlet.

• Foreign specialists led the way as their annual product and labor volume per bay increased by more than 25% between 2016 and 2021.

Greater Bay Productivity
This growing production of service bays is testimony to the investments that outlets have made in technician training, tools & equipment, software and other resources to increase output per bay.

Together, the continued growth of DIFM volume and the decline of the bay population will make it more necessary than ever for outlets to make the investments required to increase bay productivity.

Opportunities for Productivity Providers
The growing necessity of repair outlets to increase their productivity (given their declining number and the growing repair market volume) provides great opportunities for companies that can develop and supply the means to improve productivity through training, tools and equipment, various types of software and other resources.