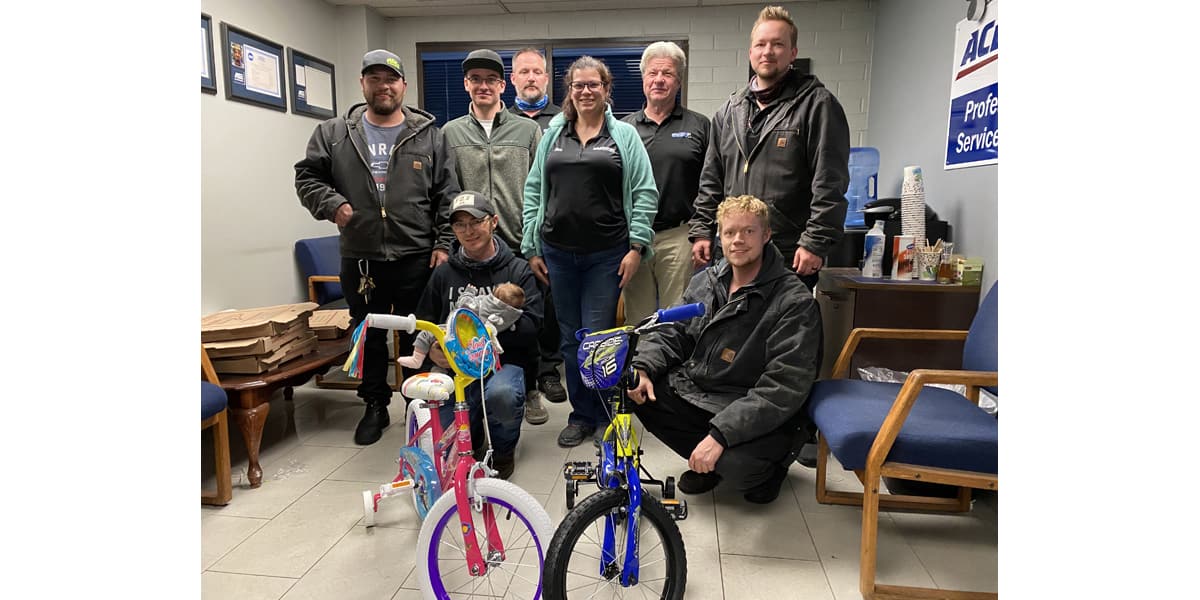 The bike-building crew at Branch Automotive in Highlands Ranch pose for a photo after pizza once the bikes were assembled.

Denver—Two independent efforts with one goal helped deliver new children’s bikes and gifts for Toys for Tots in the Denver area in time for the holidays.

Toys for Tots, a program run by the United States Marine Corps Reserve, which distributes toys to children whose parents cannot afford to buy them gifts for Christmas, was given a truckload of gifts and bikes through efforts by ASA Colorado and NAPA AutoCare Elite BDG Colorado.

ASA Colorado member shops and their teams assembled 14 bikes during its annual “Bike Build” charity and the NAPA BDG collected toy donations at their shops. Many BDG shops are also members of ASA Colorado.

“I had to break out the big truck,” said Steve Baker, district sales manager for NAPA Denver and ASA Colorado associate board member, in an email. “The Marines said to tell everyone thank you!”