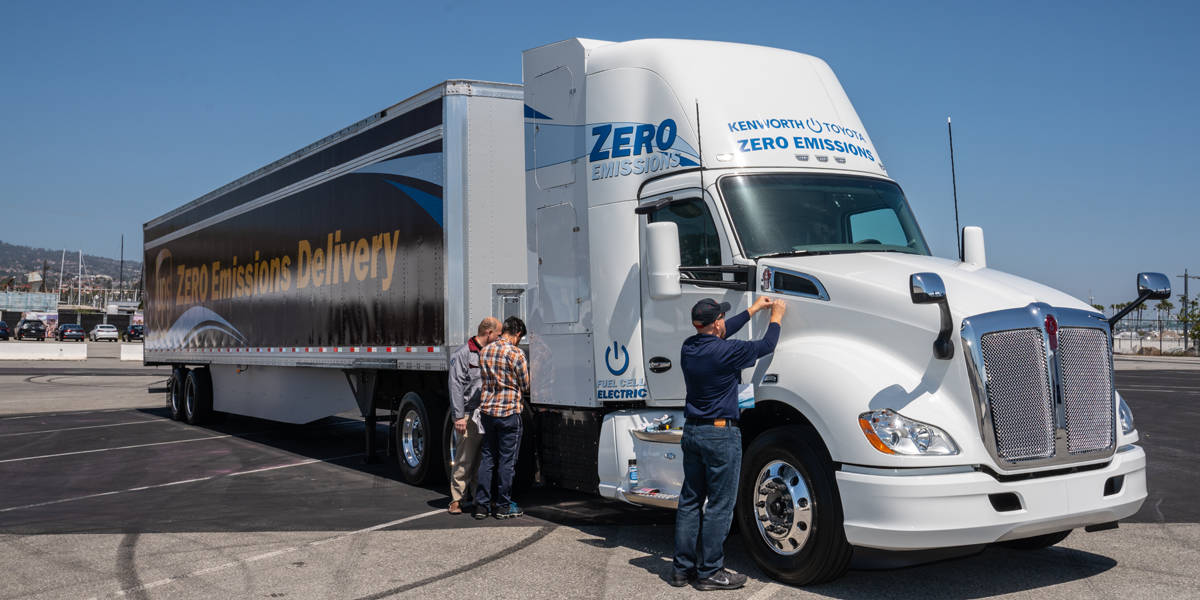 Trucks are the largest single source of air pollution from vehicles, responsible for 70 percent of the smog-causing pollution and 80 percent of carcinogenic diesel soot even though they number only two million among the 30 million registered vehicles in the state.

The requirements begin in 2024. By 2035, 55 percent of delivery vans and large pickups, 75 percent of commercial trucks and 40 percent of the big rigs sold in California must be emissions-free

Sacramento, Calif.—The California Air Resources Board adopted a first-in-the-world rule last week requiring truck manufacturers to transition from diesel trucks and vans to electric zero-emission trucks beginning in 2024. By 2045, every new truck sold in California will be zero-emission. It zeroes in on air pollution in the state’s most disadvantaged and polluted communities.

“California is an innovation juggernaut that is going electric. We are showing the world that we can move goods, grow our economy and finally dump dirty diesel,” said Jared Blumenfeld, California’s Secretary for Environmental Protection in a press release.

The new rule addresses disproportionate risks and health and pollution burdens affecting low-income communities and puts California on the path for an all zero-emission short-haul drayage fleet in ports and railyards by 2035, and zero-emission “last-mile” delivery trucks and vans by 2040.

“For decades, while the automobile has grown cleaner and more efficient, the other half of our transportation system has barely moved the needle on clean air,” said CARB Chair Mary D. Nichols. “Diesel vehicles are the workhorses of the economy, and we need them to be part of the solution to persistent pockets of dirty air in some of our most disadvantaged communities. Now is the time – the technology is here and so is the need for investment.”

Trucks are the largest single source of air pollution from vehicles, responsible for 70 percent of the smog-causing pollution and 80 percent of carcinogenic diesel soot even though they number only two million among the 30 million registered vehicles in the state, CARB stated.

The rule drives technology and investment, phasing in available heavy-duty zero-emission technology starting in 2024 with full transformation over the next two decades. In the coming months, CARB will also consider two complementary regulations to support the action. The first sets a stringent new limit on NOx (oxides of nitrogen), one of the major precursors of smog. This will require that new trucks that still use fossil fuels include the most effective exhaust control technology during the transition to electric trucks. There is also a proposed requirement for larger fleets in the state to transition to electric trucks year over year.

Today’s action was preceded by multiple CARB regulations to transition to zero-emission passenger cars, cleaner diesel fuel and improved technologies to limit diesel emissions for all trucks and buses. Over the past few years, CARB has also set rules to electrify buses used by transit agencies and shuttles at the state’s largest airports by 2030.