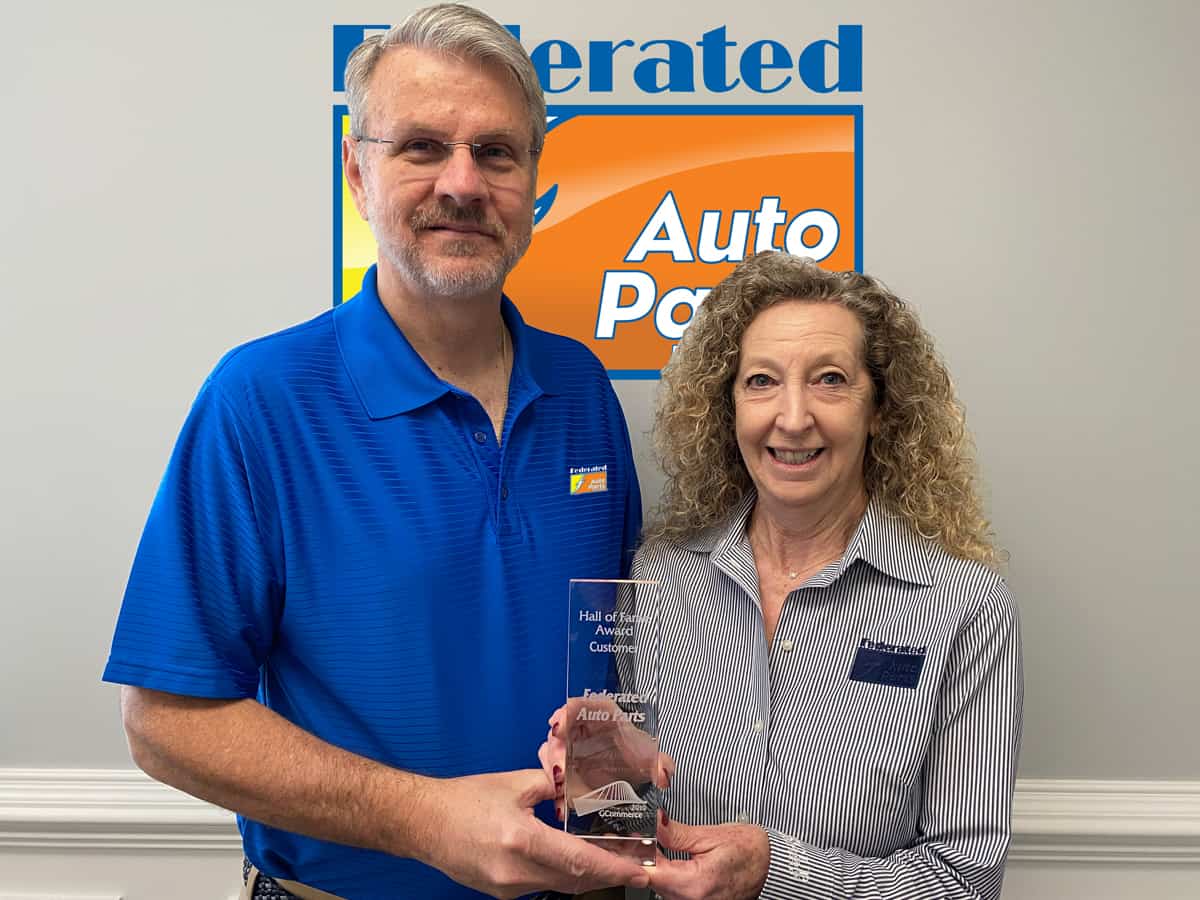 “We are so honored to be able to work with such a fine group of people as those at Federated Auto Parts,” said Rick Main, executive vice president marketing and sales, GCommerce Inc. “We thank them for their continued support and business and congratulate them on their induction into the GCommerce Customer Hall of Fame. We look forward to continuing to grow together and work together on providing ecommerce solutions for Federated and its members.”

To be eligible for induction into the GCommerce Customer Hall of Fame, a company must have been a customer of GCommerce for at least 10 years, partnered with the company during the previous year and spearheaded a successful initiative that spanned over a minimum of two years and has had a lasting effect on the company. The honor is awarded to one GCommerce customer per year.

“We want to thank GCommerce for this very prestigious recognition,” Godschalk said. “We have had a successful partnership with GCommerce for over a decade and during that time, they have provided us with advice, expertise and solutions for our commerce and electronic messaging needs.”