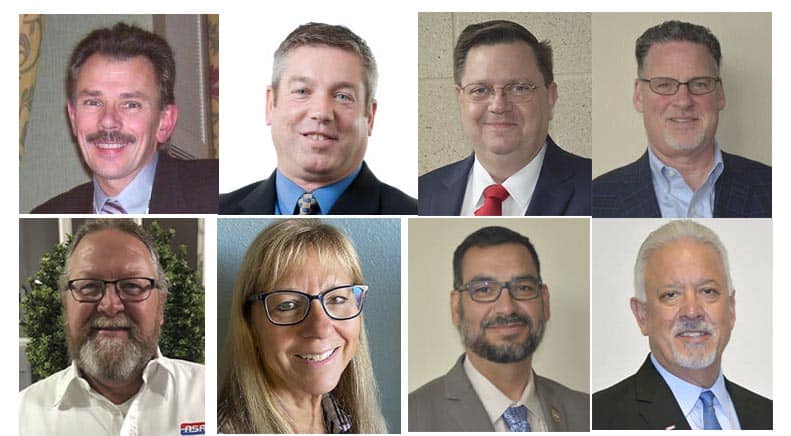 North Richland Hills, Texas—The Automotive Service Association’s 2021 Annual Business Meeting, held this past Friday, included the naming of officers, board members being sworn in, board and staff member reports, and an open board meeting.

It also included the retirement of outgoing ASA Chairman Bob Wills, AMAM, of Wills Auto Service, Battle Creek, Mich. Board members praised Wills for his commitment to ASA over the years.

“Bob has dedicated a great deal of his time over the past couple of decades by being involved at various levels within ASA — always with a selfless goal of improving the automotive service industry,” said ASA President Ray Fisher, AMAM. “Normally, I would say he would be dearly missed, but we continue to tap his expertise and also keep in touch with him as we move forward. The association and myself will forever be indebted to him for his years of service.”

During the meeting, which was held in-person with a virtual component, a new chairman, chairman-elect, secretary-treasurer and Mechanical Division Director were chosen.

ASA board leadership will include:

Incumbent Mike LeVasseur of Pennsylvania was also sworn in as Collision Division director. ASA members had elected Haglin and LeVasseur during an April 23-May 7 election.

The board appointed John Firm, AMAM, of Firm Automotive, Fort Worth, Texas, to serve as ASA’s Mechanical Division director, a vacancy created when Piippo was appointed secretary-treasurer.

Roy Schnepper, AMAM, of Butler’s Collision Inc., Roseville, Mich., was asked to remain as the immediate past chairman in light of Wills’ retirement.

Click HERE to take a look at the entire ASA Board of Directors.

Published in Association News, National News and On the Move