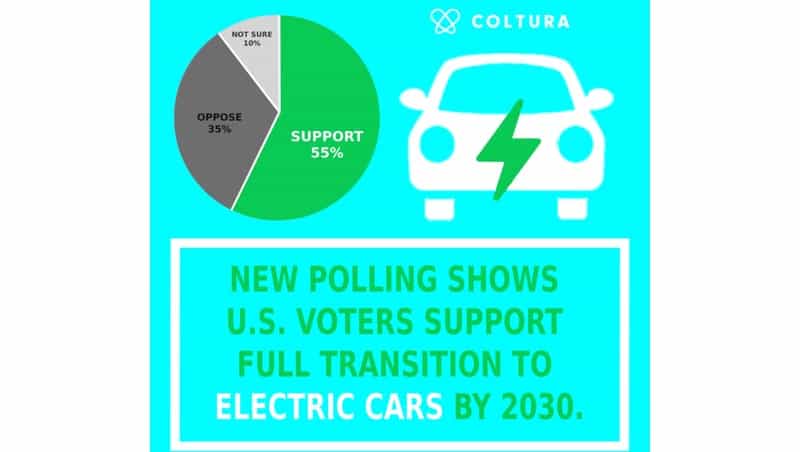 It’s the most aggressive goal in the U.S. and five years ahead of California’s 2035 target

Olympia, Wash.—The Washington legislature voted to set a target for ending the sales of gasoline-powered cars by 2030 — the most aggressive goal in the U.S. and five years ahead of California’s 2035 target. The measure, passed as part of the $16.9 billion “Move Ahead Washington” transportation package, now heads to Gov. Jay Inslee’s desk for signature.

A coalition led by Coltura, a nonprofit focused on phasing out the use of gasoline, spearheaded the campaign that led to the passage of the measure.

Research commissioned by Coltura and conducted by Yale University, George Mason University, and Climate Nexus found 55 percent of voters nationally support a full phaseout of gasoline cars starting in 2030. Bolstered by its success in Washington, Coltura is leading coalitions working to pass similar Clean Cars 2030 measures in other states. Earlier this week a Clean Cars 2030 bill was introduced in the Rhode Island legislature.