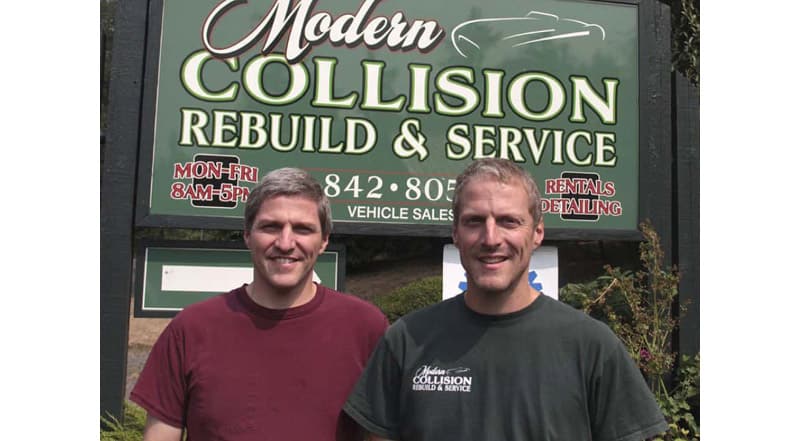 Brothers Micah (left) and Aaron Strom and their team have received multiple awards from their community, which now also include the "Best of Kitsap County.

Bainbridge Island, Wash.—Modern Collision Rebuild & Service has been awarded the Best of Kitsap County in three of the four automotive categories they were nominated in, Best Auto Repair, Best Collision/Autobody Repair & Best Oil Change, reported ASA Northwest, of which the shop is a member.

Modern Collision Rebuild & Service, co-owned by Micah and Aaron Strom, has won the Best of Bainbridge Island for the last three years. This year marked their fourth time, and now, it has now won the Best of Kitsap County.

Read Aftermarket Matters‘ feature article from last May and how they persevered during the pandemic.