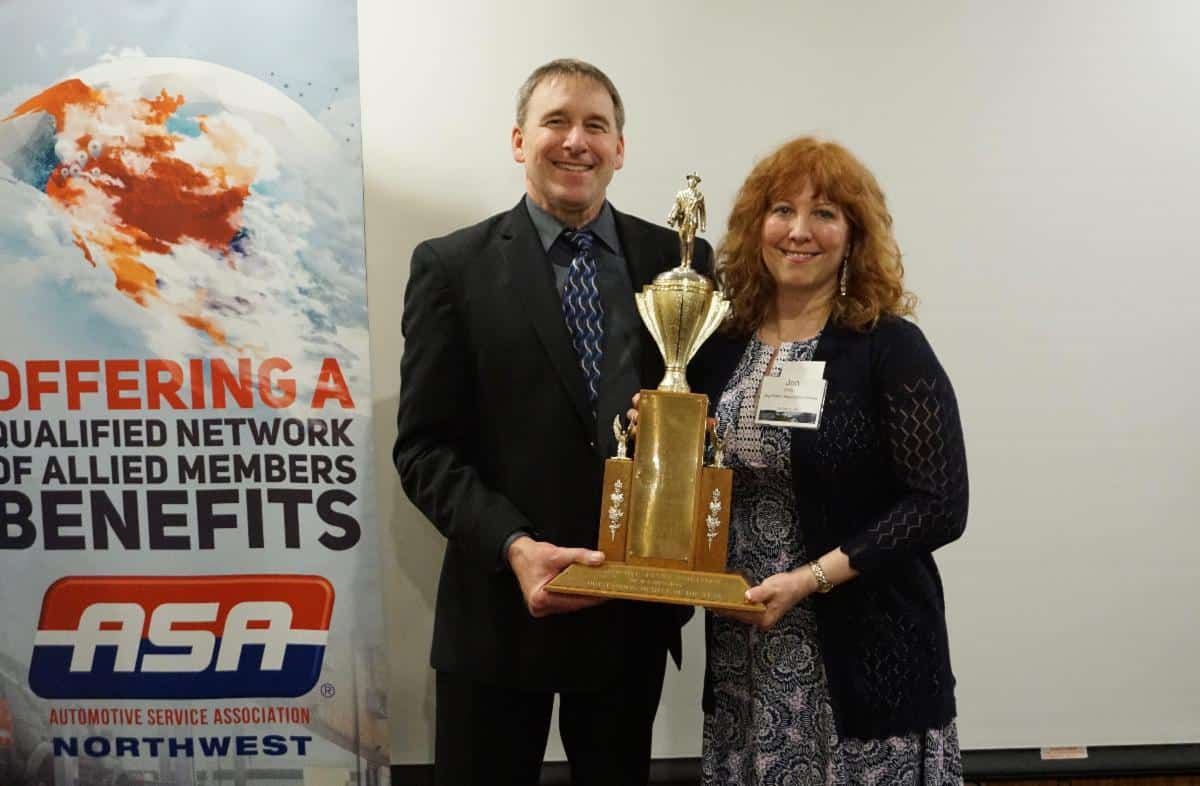 Leavenworth, Wash.—Jen Smith was recently bestowed the ASA Northwest 2019 Outstanding Member of the Year honor at the association’s recent Semi-Annual Retreat & Management Conference, Jan. 23-26, in Leavenworth, Wash. Smith is co-owner of Gig Harbor Auto Repair with her husband, Brian. It is the ASA-NW’s highest honor.

“So many folks in and around this association carve precious time from their lives to serve others both within and outside of our industry,” said Jeff Lovell, ASA Northwest president/executive director, in describing qualities determining the award’s recipients. “Their work is seldom noticed by the general population, our association membership. In fact, often they seem to be operating in stealth mode. However, their work is felt by many, they brighten days, they warm hearts, and they lighten the load for others, and take up slack in systems automatically.

“When they discover a need, they get to the business of solving the puzzle quickly and go about the job, whatever it is, adding the tasks to their busy lives without hesitation.”

The couple purchased their shop in 2008 and despite the challenges of running and growing an independent repair business, Jen Smith always found time to “building her life around serving others,” Lovell said, who added that she has been a “tremendous help” for the association’s annual Automotive Training Expo (ATE) with registration and many other tasks.

Smith has also served as ASA-NW’s Ascette president for the past six years after having joined the board in 2010, as well as helping drive the ASA Northwest Pierce County Chapter’s “Kids First” program that helps needy families during the holidays.

“This year, she did the shopping for all the clothes for the kids,” Lovell said. “She also organized the gifts for members to come and wrap on December 16.”