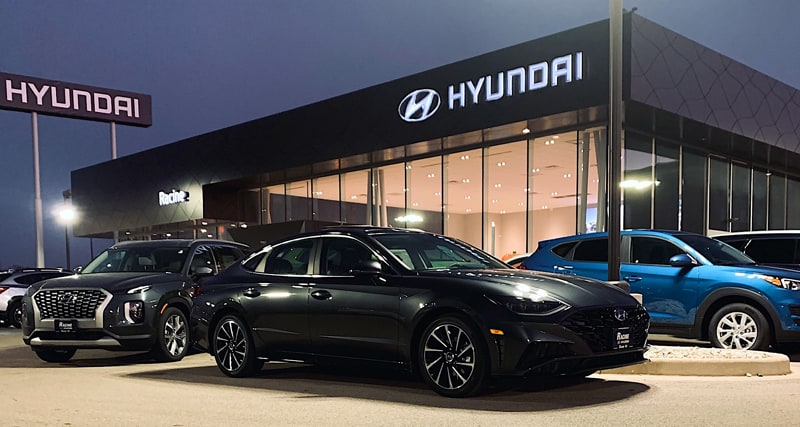 With this new purchase Zeigler adds two new franchises: Toyota and Hyundai to its growing brand portfolio, as well as a second Honda and Subaru location

Racine, Wis.—Zeigler Auto Group has announced it has purchased four new dealerships from Jim Bozich and Mark Geiger. The deal, Zeigler’s first in Wisconsin, includes Honda of Racine, Toyota of Racine, Kenosha Subaru, and Racine Hyundai — with all stores now under the Zeigler name.

“We are very proud to be expanding Zeigler into the great state of Wisconsin. We know that the community here will appreciate the way we do business, not just in how we go above and beyond for every single customer, but also in the way that we make it a priority to actively take part in the communities where we operate,” said Aaron Zeigler, president and owner of Zeigler Auto Group.

With this new purchase Zeigler adds two new franchises: Toyota and Hyundai to its growing brand portfolio, as well as a second Honda and Subaru location. It will also add a total of 14,000 vehicle sales a year to the organization with Zeigler pacing to retail over 67,000 vehicles collectively and over $2.2 billion in sales next year.

Now having purchased nine new stores in the last 16 months, Zeigler says his growth strategy has always been, and will always be customer-focused. “Besides the fact that these are top performing, high volume stores, we chose these stores because of their great potential. They will without a doubt offer all of our customers, both current and new, access to more choices with their locations being right off the highway.”

As of today, the new Zeigler dealerships will be rebranded as follows:

The dealer group is also excited to announce that it has plans to keep all staff on board at all of its new stores.

About Zeigler Auto Group
Zeigler Automotive Group is one of the largest privately-owned dealer groups in the U.S. with 78 automotive franchises across 35 locations in Wisconsin, Illinois, Indiana, and Michigan. Vehicle brands represented include all of the domestic and the majority of the imported manufacturers.

Founded in 1975, the organization employs over 1,800 people with annual sales of $1.7 billion, ranking among the top 1% of automotive dealers in the nation. The family-owned and operated company is well known for its commitment to both customer service and employee satisfaction. Zeigler is regularly recognized as one of the Best and Brightest Companies to Work for in the Nation, also earning similar accolades in Chicago and Michigan.