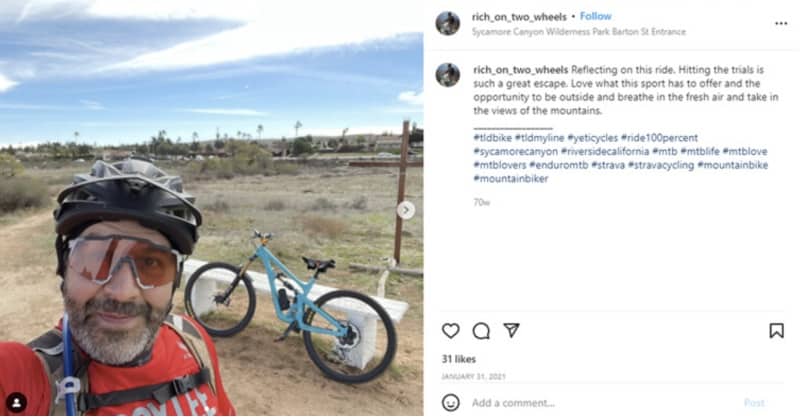 San Bernardino, Calif.—Richard James McGee, 47, of San Bernardino, was arraigned last week on two felony counts of workers’ compensation insurance fraud after a Department of Insurance investigation found he allegedly misrepresented injuries to his employer in order to receive more than $30,000 in undeserved disability payments.

In August 2019, while employed as a motorcycle mechanic, McGee allegedly suffered an unwitnessed work-related injury to his arm and right shoulder when a gas tank fell and pinned his arm against a motorcycle. McGee began receiving temporary total disability payments when his work restrictions could not be accommodated.

The investigation began after McGee’s coworkers saw photos on multiple social media platforms in which he was actively racing his motorcycle and riding his downhill mountain bike — activities requiring the use of both his arms and shoulders. It also was discovered that McGee was operating his own motorcycle mechanic shop out of his garage, Inland Empire Motorsports.

When department detectives presented the social media posts and surveillance video to the physician who did McGee’s exam, the physician opined McGee had not accurately represented his injury and physical abilities, and that McGee had lied during his original exam. As a result of misrepresenting his injury and physical capabilities, McGee received $30,629 in workers’ compensation benefits he was not entitled to receive.

On June 2, department detectives arrested McGee and he was booked into the West Valley Detention Center. The San Bernardino County District Attorney’s Office is prosecuting the case.