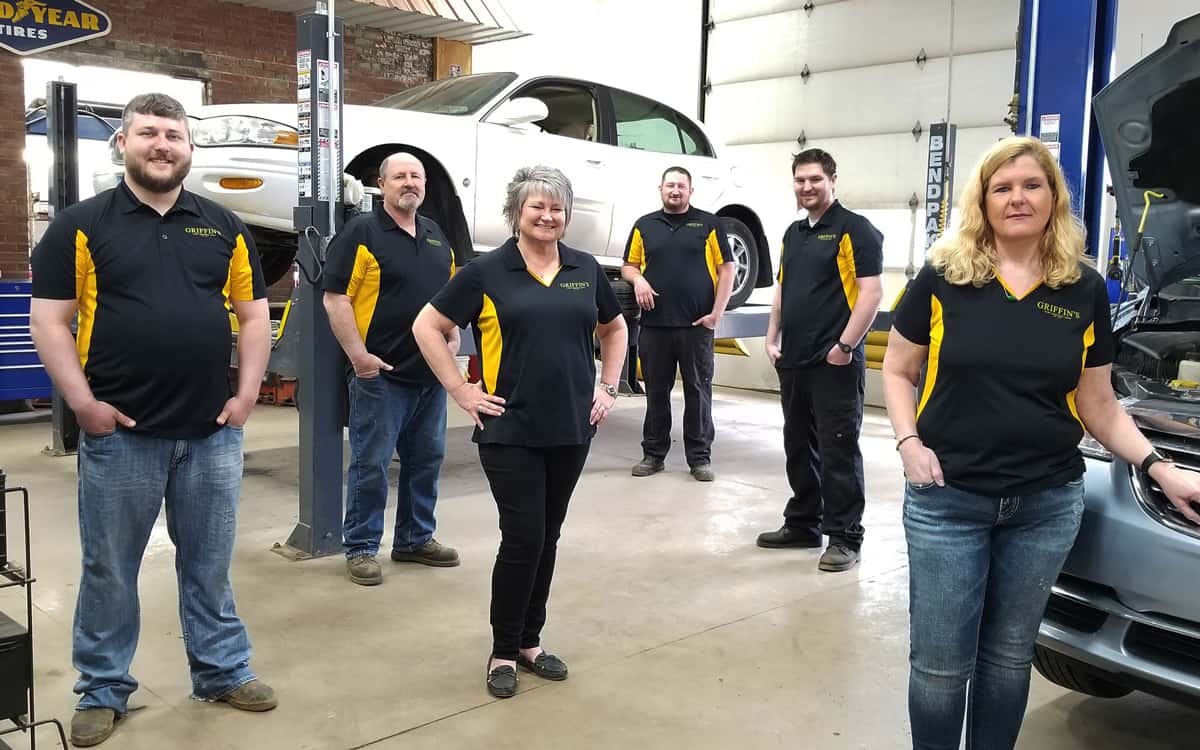 ‘If we can get a united front, we can elevate our industry to a higher standard,’ says Nannette Griffin

Fort Madison, Iowa—Nannette Griffin finds it maddening when customers bring in their own parts to be installed, which she refuses to do.

“Would you buy ground hamburger and bring it to McDonald’s for them to cook? Of course not, but they think they can do it with repair shops,” said Griffin, who owns Griffin Muffler and Brake Center in Fort Madison, Iowa.

“Another shop owner once advised me, ‘It’s my way and my bay on a weekday, or your way in your driveway on a Saturday.’ As an industry, we’re our own worst enemy because we created that problem and it’s time we stop.”

Educating customers and other peers is critical, she said. “If we can get a united front, we can elevate our industry to a higher standard.”

Griffin is working on bringing the aftermarket together. In addition to running her shop, Griffin is also president of Midwest Auto Care Alliance’s (MWACA) new Southeast Iowa Chapter.

“It’s been a goal of mine for a few years to have a chapter here because our local chapter was in Des Moines, which is more than a three-hour drive. There’s so much great information that I want to bring to shops in our area so we can raise our industry up.”

I’m too independent to work for somebody else.

Griffin also attends MWACA’s annual Vision Hi-Tech Training & Expo event every year (which is this week, March 5-8, at the Overland Park Convention Center in Overland Park, Kan.). She is sending her entire team, too.

“When I went to my first one eight years ago, it opened my eyes to the industry and really helped me making connections,” she said, adding that she hired industry trainer and consultant Bill Haas as a result. “I wouldn’t be where I am today without him.”

“When we do a full-service oil change we do it the same way every time. We’re a digital shop and we perform digital inspections that streamline the process for efficiency while covering a good majority of the vehicle — we structure everything so that it flows easily and saves time. The inspection results are then sent to customers via email or text along with photos and videos of the vehicle health report.”

“I mostly work on the marketing now and lend a hand when needed along with my husband, Clark,” Griffin said.

It wasn’t always that way. When Griffin Muffler and Brake Center opened in 1997, Griffin performed brake jobs and her husband did custom exhaust work in a garage next to their home in the country. As business grew they moved into a facility in Fort Madison next to the Mississippi River, but catastrophe hit in 2007 when the shop burned down.

But the Griffins re-wrote the storyline.

“We rebuilt to be more efficient and we went from 1,000 square feet to 4,800. When customers come in, it’s not unusual for them to say we don’t look like a repair shop. It’s not the greasy old repair shop of years’ past — we wanted it to be nice and comfortable for our clientele, which also became more upscale as a result with vehicles averaging six to seven years old.”

Griffin grew up helping her father, who was a U.S. Air Force mechanic, in their garage and tinkering with cars. When she was 24, she went to work at a small dealership in finance and worked her way up selling cars and becoming a manager.

“I did everything from payroll and taxes to parts ordering – I learned a little bit of everything.

While she says the dealership offered great training, Griffin didn’t like some of their tactics, especially when it came to treating customers.

The shop offers a 36-month/36,000-mile parts and labor warranty “that no one else can come close to,” and its AskPatty Certified Female Friendly, as well as a Tech-Net Professional Auto Service Center.

“I took the best of what I learned from the dealership with me and left the rest behind. I’m too independent to work for somebody else,” said Griffin, who received a 2018 Professional Business Woman Honorary at the MVP Professional Women’s Conference. “Today, I’m committed to educating our staff and our chapter member shops and moving the industry forward.”