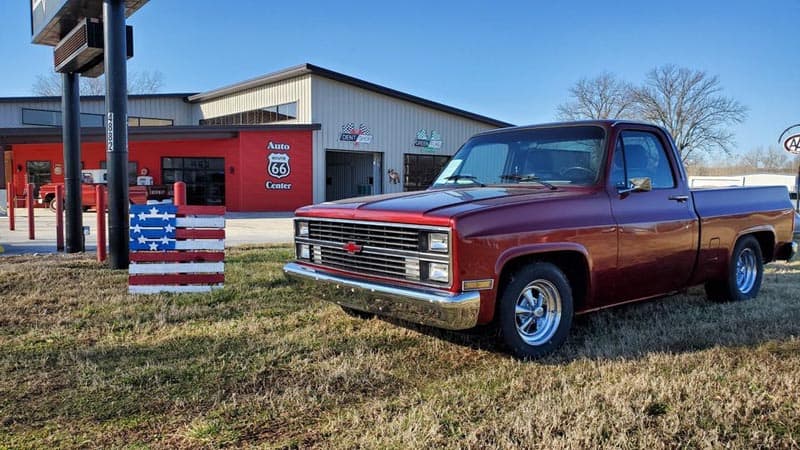 The Bairds' business, pictured here before Sunday's fire, emitted a column of smoke that could be seen for miles.

Joplin, Mo.—Green Flag Auto and Dent Shop, located in Joplin, Mo., was destroyed by a Sunday morning blaze as firefighters from six area departments responded. No one was injured but the building and its contents were all lost at the locally owned and operated business.

“As many of you know, our beautiful building was destroyed by a devastating fire on Sunday morning. We cannot adequately express our gratitude enough to all of you, from the firemen and women and emergency personnel to those of you who have stopped by, called, texted, messaged or reached out in some way, your prayers, love and support are helping us to get through all of this,” said owners Brad and Leslie Baird in a Facebook post.

A column of smoke could be seen for miles around, according The Joplin Globe, which first reported on the fire.

Duenweg Assistant Fire Chief Ron King said the contents of the building made fighting the fire harder to fight, noting that there was a 500-gallon oil tank, numerous tires and several vehicles inside.

Brad Baird told King that shop security cameras revealed that a fire had been burning in one of the vehicles.

The business has been in operation for more than 20 years.