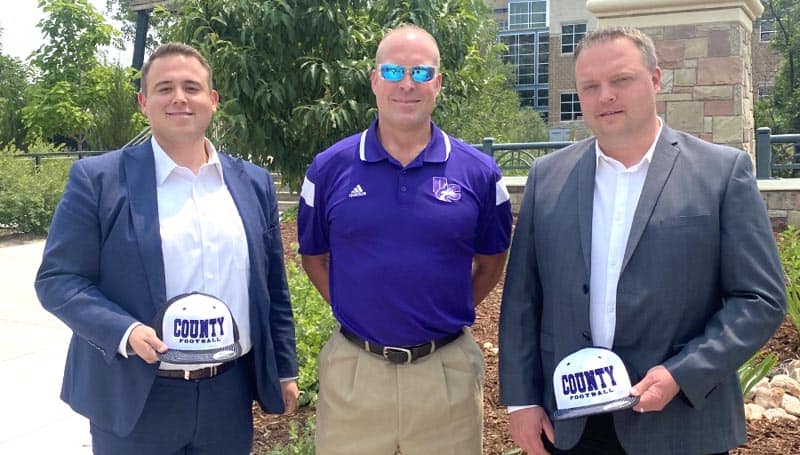 Castle Rock Autoplex, formerly known as Medved, was bought out by a Denver and Houston-based automotive company, Foundation Automotive Corp.

Castle Rock Autoplex, formerly known as Medved, was bought out by a Denver and Houston-based automotive company, Foundation Automotive Corp. in August 2020, where community involvement and fundraising were listed at the top of the company’s core values.

“The current state of equipment at the Douglas County High School weight room is out of date, unorganized and lacks a logical order of equipment that is necessary to provide a well-organized, holistic, effective, safe and modern training regimen. Not only for football players, but for all DC student athletes,” Football Head Coach Eric Rice said.

“What started out as a dream and a lofty goal is finally coming together thanks to the Castle Rock Autoplex. Jose [Medina] and Travis [Van Spronsen] are truly leading the way for so many of our young kids, and I cannot thank them enough for their willingness and eagerness to help us,” Rice said.

This partnership between Castle Rock Autoplex and Douglas County High School’s weight room renovation is the beginning of the auto group’s contributions and investments throughout the local community.

“Our new ownership team is ready to make a positive impact and invest in our community. We know it takes work to become part of a tight-knit community like Castle Rock, and we are ready to roll up our sleeves and get to work. We know how important youth sports are, and are honored to be the title sponsor for the DC Huskies,” said Jose Medina, managing partner at Castle Rock Chrysler Dodge Jeep Ram at Castle Rock Ford.

Travis Van Spronsen, managing partner at Castle Rock Chevrolet Buick GMC, added, “As a new resident to Castle Rock, I am already impressed with the community and how supportive everyone here is of businesses and non-profits. I can’t think of a better way to show the community what our company values are here at Castle Rock Autoplex and how committed we are to bringing unprecedented community involvement here.”

Rice has set a $200,000 fundraising goal, and Castle Rock Autoplex was the first to sign on. Their $50,000 donation named Castle Rock Autoplex the program’s title sponsor. The three-year sponsorship extends through 2024 for all Varsity and Junior Varsity football games at Douglas County High School (DCHS). The renovated weight room is scheduled for completion next year and will be available for all DCHS student athletes and staff.