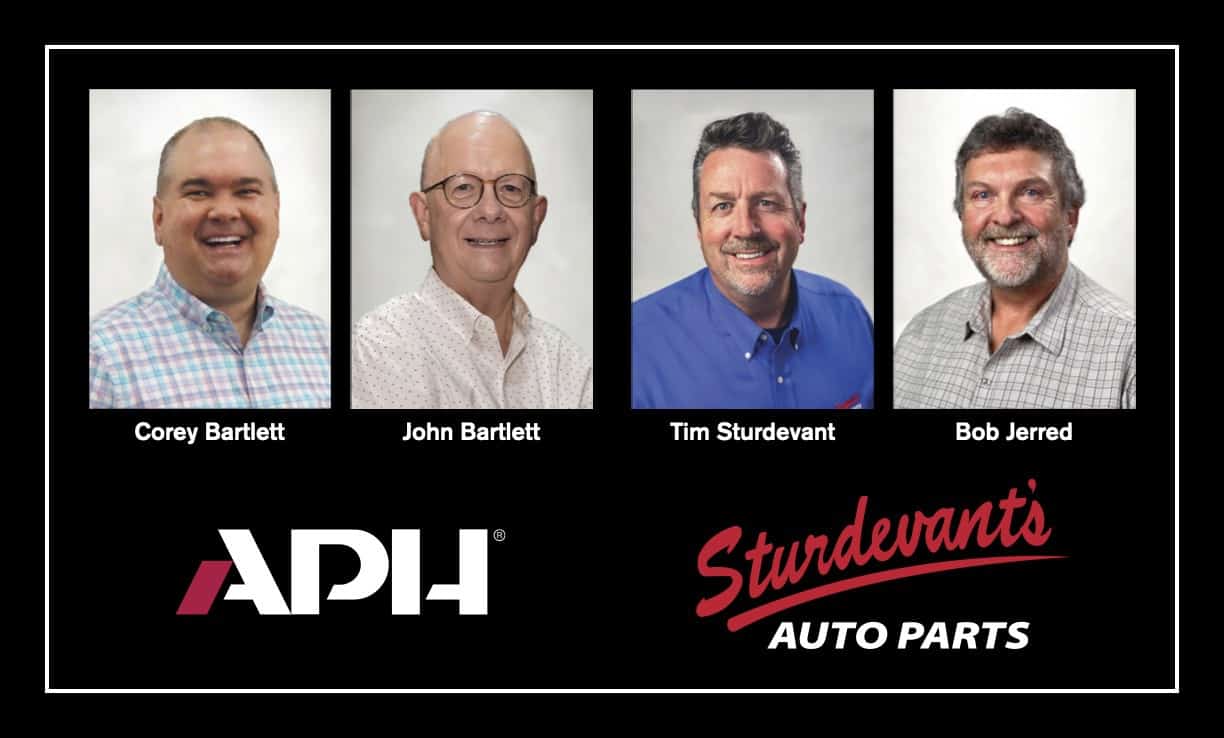 Sturdevant’s Auto Parts has been in business since 1922. Headquartered in Sioux Falls, S.D., the business began in Wahpeton, N.D., and Pipestone, Minn., where they opened their first stores.

Sturdevant, president of Sturdevant’s Auto Parts, said, “We have known the Bartlett family for many years — the Sturdevant family and Bartlett family have great respect for each other. As I thought about our company’s future, I knew APH would be a great fit to continue our family culture and growth. Putting our companies together will provide a significant number of benefits to both our employees and our customers. I am confident our collective auto parts knowledge and experience will result in a win-win for our customers.”

Corey Bartlett, president and CEO of APH, added, “Given our history with the Sturdevant family, we are excited and humbled Tim has chosen to sell his business to APH and look forward to building on their strong tradition of quality products, knowledgeable employees and superior service,” commented “We are excited to enter these new markets and fortunate to add the Sturdevant’s team to the APH family.”