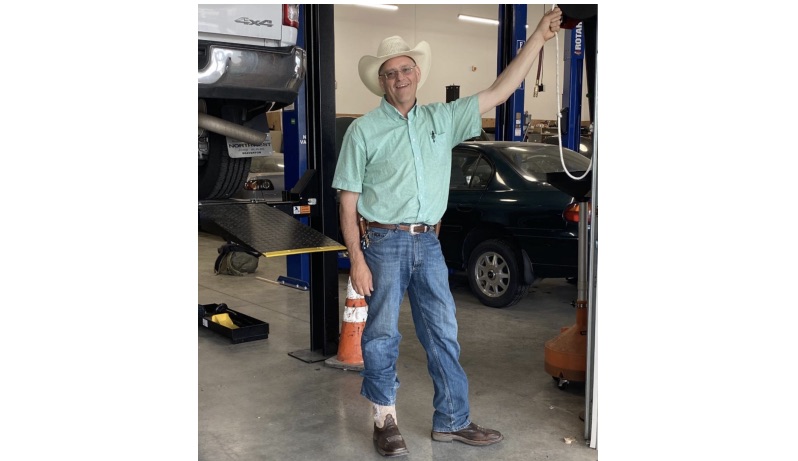 For the past 28 years, Brett Anderson has taught inner-city students of Benson Polytechnical High School

Portland, Ore.—For the past 28 years, Brett Anderson has taught automotive, diesel, small engines, and aviation to the inner-city students of Benson Polytechnical High School. This spring marks his final year as he moves toward retirement, according to the Northwest Automotive Trades Association (NATA).

His former teaching partner of 17 years, Ed Raley, retired one year ago and died unexpectedly this year. When asked if the loss of his work partner and dear friend was the reason for his decision, he answered, “No. I had made my decision prior to Ed’s death, but his passing solidified my decision. I want to leave while I still enjoy it, and this is the perfect time for a transition in the program.”

Benson is temporarily housed at the Marshall Campus while the school undergoes a large remodel. Freddie Aguilar has just begun teaching this year, replacing Raley. Aguilar and the next instructor will be able to build the program they envision.

Anderson said he felt showing his students multiple areas of mechanical repair helped them to determine what they wanted to do — but just as important, what they didn’t want to do. Field trips, guest speakers, hands-on training, and industry support strengthened his program.

While many automotive instructors strive to meet ASE standards, Anderson said he built his program as a “relational” program. He always pursues being a positive individual, and said building an environment of safety and inclusion for his students has been the most important thing he has done —essentially a home away from home. Students exhibiting negative behavior in academics were often referred to Anderson for support. Students who didn’t feel safe in other programs found security and a sense of belonging in the auto shop. Anderson said he led by example, offering the students respect and support.

His next chapter is working at a tree nursery near his home, where his wife has worked for many years, offering flexibility for long vacations. Anderson said he hopes a Benson graduate will apply and be hired to teach in the automotive program.