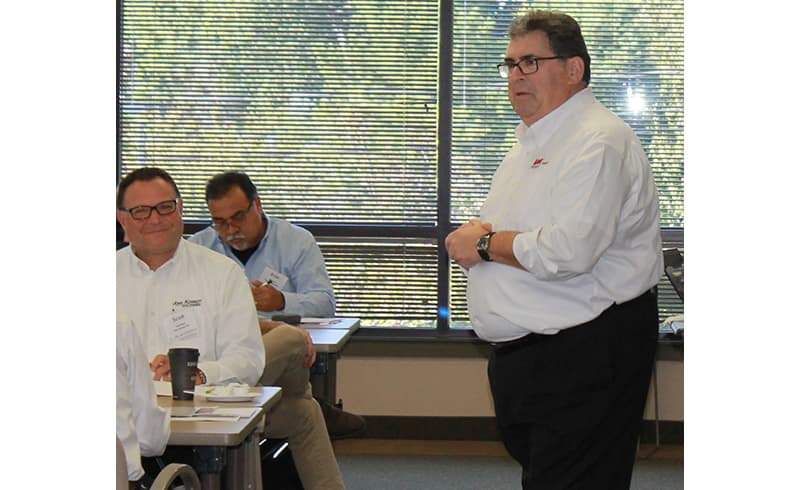 Tysons, Va.—NADA’s director of Program Development, Michael Fullam, passed away on July 8 after a fight against cancer. Fullam started his time at NADA in 2016 as an NADA Academy instructor where, in addition to teaching dealership operations courses, he crafted NADA’s first in-house leadership course that became an integral component of the Professional Series curriculum. As director of Program Development, he also established strategic skills courses, including Championship Coaching and Change Management.

“Mike was an engaging and devoted leader who will be sorely missed by his colleagues and those students whose lives he touched over the years,” said Steve Park, NADA senior vice president of Dealership Operations. “He was a true advocate of dealership operations education and led his team and students with genuine sincerity and compassion.”

Fullam was born in 1956 in Brooklyn, N.Y., and grew up in Radnor, Penn. After high school, he attended Georgetown University for three years, earning varsity letters in soccer and lacrosse, before receiving his bachelor’s degree from Villanova University.

Following college, Fullam worked in corporate training and education, spending 32 years working for Chrysler. He took a pause from his time at Chrysler to earn a Master’s degree in Education from the Pennsylvania State University.

An avid musician, Fullam played guitar and bass, sang and wrote songs. He was a member of the Nashville Songwriters’ Association and the Gospel Music Association, having recently released his own Christian music album.

In lieu of flowers, memorial contributions may be made in his name to the Multiple Myeloma Research Foundation. Condolences may be made by visiting www.PhoenixvilleFuneralHome.com.